Zenadth Kes - also known as the Torres Strait Islands - is a collection of over two hundred islands and the seas surrounding them. It is located off the Northeastern corner of Australia. The islands stretch from the tip of Cape York, in Queensland, to Papua New Guinea.

People have lived in Zenadth Kes for over 65,000 years, with knowledge and culture passed down from generation to generation. But now they face an existential threat: rising sea levels, driven by the burning of coal, oil and gas.

Islands such as Boigu, Masig and Saibai are very low lying and are already being flooded during storms and King Tides. These floods damage people’s homes, and the salt water gets into their gardens, killing the vegetables they grow to feed their families.

The frontline of the climate crisis


Sea levels in the Torres Strait are rising twice as fast as the global average. If global heating continues then many islands in Zenadth Kes will be lost beneath rising seas. Torres Strait Islanders would become Australia’s first climate refugees.

If Governments do not cut greenhouse gas emissions - and fast - then rising sea levels won’t be the only threat to communities in the Torres Strait.

Seasons will become more extreme, with more intense rain in the wet season and a longer, hotter, drier dry season. Malaria and dengue fever would spread, because warmer temperatures and increased rainfall and flooding provide optimal breeding conditions for mosquitos. Heatwaves - already Australia’s most deadly natural disaster - will be even worse.

It’s not too late for Zenadth Kes - but we have to move fast. Climate scientists calculate that Australia’s greenhouse emissions need to be reduced by 74% by 2030 (from 2005 levels) and to net zero by 2035 to keep global heating to below 1.5C and avert the destruction of Torres Strait Islander communities. 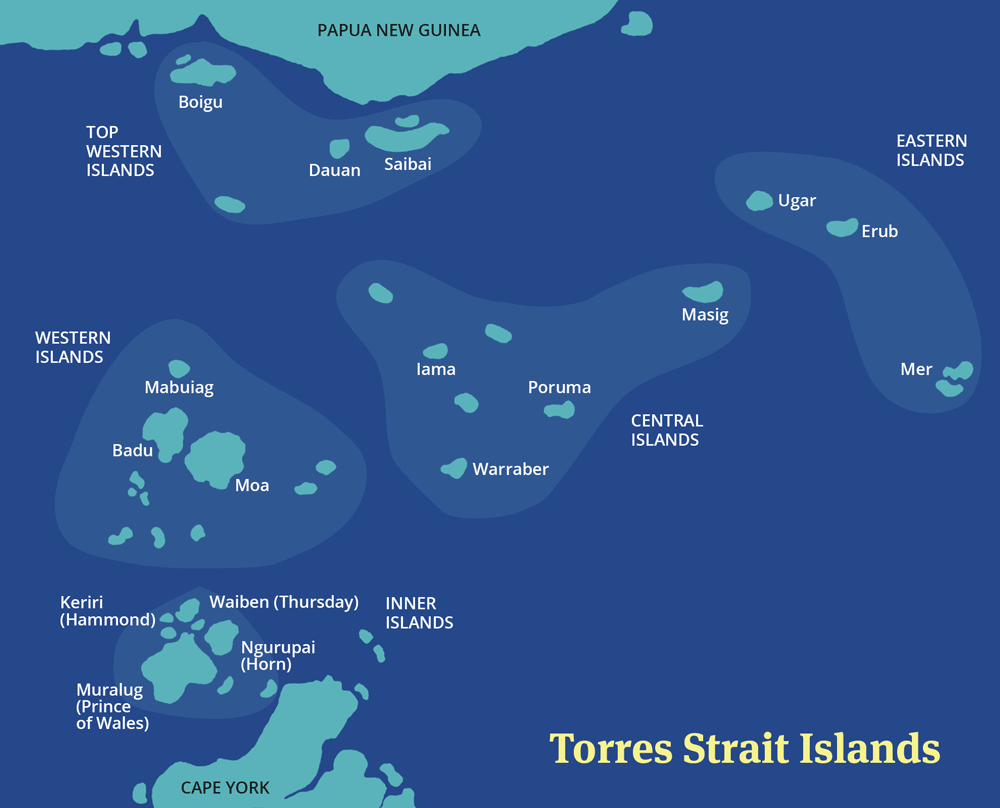